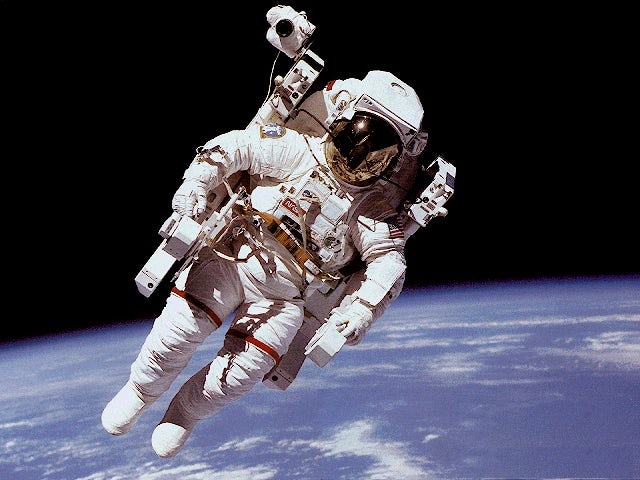 ‘Space and Time’, a duet of dimensions that brings to mind David Bowie’s epic figure Major Tom. Singing and floating in space, lost in time. “Planet Earth is blue, and there is nothing I can do.” A victim of what? His own drug use? Technology? Whatever explanation we prefer, we are gradually entering a new world of digital, or virtual reality, which is just as uncertain and fascinating. This technological revolution will also influence the architecture profession. Will it eventually render the profession completely obsolete?

Architecture has always been a specific way of representing the relation between mankind and technology. Due to its diverse and combinatory characteristics of imagination and materialization, the history of architecture is a showcase of (re)shaping real life: physical, individual and collective life. Digitization opens up new opportunities. Could architects once again become key players in linking new technologies to our physical and even mental life? As Ole Bouman put it back in 1996, “Digitization is not just a question of technology, it also involves a cultural reorganization”. The architect as expert seems to be a self-evidently important player in this field of change.

Some years ago a somewhat frivolous point of view could be more easily taken concerning the implications of digitization for the architecture world. Rem Koolhaas expressed another view in his Fundamentals exhibition at the 2014 Venice Biennale and in his recent criticism. From his perspective, the world of Silicon Valley is not positioning but overtaking architecture, even adopting its language and metaphors, though in a meaningless way. And moreover, he noted: “The least architectural effort takes at least four or five or six years, and that speed is really too slow for the revolutions that are taking place.”

So much for the intellectual part.

Architecture practice was almost (and silently) blown away in a publication that originated in the dynamic world of lawyers. In a superb publication entitledThe Future of the Professions: how technology will transform the work of human experts, Richard and Daniel Susskind(2015) reveal tantalizing insights. The architect – among other expert professionals – is expected to be replaced by an increasing number of capable systems. Experts are overrated. And too slow. The Grand Bargain of ‘traditional professionals’ will end. But the good news is that the way we use technology is very much in our own hands. And this may open up a window of opportunity for architects.

Two big gamechangers in information technology will most probably reshape the architecture field: Artificial Intelligence (AI) and the Internet of Things (IoT). These will foster a new ecosystem of initiatives and companies in which fewer typical architecture businesses and more idiosyncratic ones will flourish. Traditional experts will no longer be the standard. A ‘hybridization’ of the architecture industry is already in full swing. The development of multidisciplinary concepts and products, design, robotic production, consultancy and advice – and the development, exploitation and management of the built environment – will add value, though in different ways.

From a cultural point of view, it is true that architecture can still become an ‘organizational art’, as Bouman said, but in a completely different way to that traditionally conceived. You might say that ‘reinventing architecture’ may open up many more new approaches, competences and qualities to the core of the profession and businesses than ever before. The old dominant, culturally driven ‘command and control’ system will become outdated and replaced by something new, based entirely on connecting and collaborating with a wide variety of disciplines and participants, and fundamentally different clients and consumers. Even among traditional architecture firms, the strongly hierarchical tendencies in corporate culture will change into a more ‘sense and respond’ organization, with different forms of leadership, essential to the 21st century human context. The underlying ambition to contribute to ‘built happiness’ – in Twitter Dutch: #Gebouwd Geluk – is of all ages.

Two questions are central to the future of architecture practices. The first is how to make use of the technological possibilities of the digital information revolution in the near future. Architecture firms could, for example, choose for further automation of the back office – by optimizing existing working processes and executing them with less manpower – or focus on the development of innovative services and product development. The second question is how architecture firms will treat intellectual property at a time when sharing information has led to an entirely new information infrastructure and philosophy of data ownership. The world is flat, said Thomas Friedman, in his publication of the same name. Businesses could embrace copyright and its protection or, in a completely opposite way, focus on ‘copyleft’ or right to copy and develop the use of creative commons. The latter combination has been predominant in the cultural debate; the first – copyright – was traditionally a dominant reality in a more economical context, especially in the highly competitive world of design and real estate.

Today the construction sector is preoccupied with the introduction of Building Information Modeling (BIM) as a commonplace innovation. Although it truly is of great importance to digitization in the sector, we are basically dealing with a 20th-century development. The influence of BIM on various business models will be relatively modest in comparison with the disruptive potential of artificial intelligence, big data and robotics. In the case of disruptive innovation, traditional architecture firms are unlikely to play a key role in the supposed ‘cultural reorganization’ (see Bouman). Today, most firms are still ‘traditional’.

New players from outside the field of design may become dominant, ultimately introducing innovations with disruptive characteristics that may have devastating effects on the self-conscious experts of spatial organization and design. If architects don’t organize themselves in multidisciplinary settings and ecosystems, and become ‘hackers’ or ‘start-ups’ themselves, they may even be drastically marginalized by business models specific to the digital age.

The BNA initiated a research and debate program to tackle some of the upcoming dilemmas. The program resulted in the publication of a set of possible future scenarios, whose ominous-sounding names – like ‘Hacked Design’ or ‘Trojan Horse’ – indicate severe consequences. The underlying processes, the contradictions of automation versus disruptive innovation, and copyright versus creative commons, affect traditional architecture firms more than generally expected. There might even be moral questions – like cheap or even free architectural expertise for all, leading to a better quality of life, while businesses might evaporate. Moral questions, but in due course irreversible developments. Awareness is key. Incorporating the upcoming transformation into strategies for architecture businesses is an essential next step.

That is why the BNA took a further step by making available a set of scenarios for architecture businesses, organized around the previously mentioned contradictions. Four strategic paths or ‘possible futures’, which we named TechArchitect, ArchiPreneur, Archi(Ro)bot and ArchiNet, were presented as radical but tempting perspectives. Of course reality, throws up numerous constraints, opportunities and even moral dilemmas. The urgency to speculate and strategize about the future – using scenario techniques for example – is just one way of involving creative entrepreneurs in the debate on a sustainable future. You have to start somewhere.

From drawings to data, to algorithms

Whatever the future, it is crystal clear that architecture businesses have to invest huge amounts of energy and money in new technology, knowledge and competences, and even in a shift from services to products. The step from classical drawing to computers has already been taken. A next step towards data-driven design is becoming ubiquitous. This next step will soon take us from collecting data to an even more disruptive ‘free data, secret algorithms’ strategy, with – from an economic point of view – new business models like that of ReGen Villages. It is a compelling technological future that will have a tremendous influence on the added value and role of architecture in society, a branch that traditionally saw itself as a key player in the combinatory development of technology and society. Although surrounded by much uncertainty, a mediatory role between technology and the human factor still can place design and architecture in this preferred position, if they take the next step and trust their indisputable creative power.

Nevertheless, the entrepreneurial aspect will be tough. Our call is: Act now! So, “Take your protein pills and put your helmets on…” It’s gonna be a bumpy ride into an uncertain future. As in Major Tom’s case, though, it’s a tempting adventure. “Commencing countdown, engines on!”

Director of the Royal Institute of Dutch Architects (BNA)

With special thanks to Wilma Jansen and Jan Nekkers